Back to all posts

What they are saying about "Rude Boy Rude Girl" the new single!

The single, which is due out on December 19th on all formats, is a ray of sunshine after a year of troubled times.

Frivolous maybe, but lets lighten the mood and sing along.

Here's a couple of reviews -

I need some fucking sunshiiiine… Christ, just a glimmer, a glimmer of hope in this Tier 1-2-3 Covid kissed madness we live in today. Then, as if on queue The Skapones release their knees up, chin out, sky blue single ‘Rude Girl Rude Boy’. Suddenly for just a couple of minutes the clouds part and beers are poured lazily into chilled glasses as the band add a healthy splash of calypso to this already infectious 2-Tone sound. ‘Rude Boy Rude Girl’ is a much-needed distraction from Cummings, Johnson, Rabb and Hancock shit show we are being visually force-fed over our daily cornflakes. Let the skanking and smiling commence! The B-side is a live version of ‘Skapones A-Go-Go’ which is another reason to go out and support these salt of the earth Rudies. 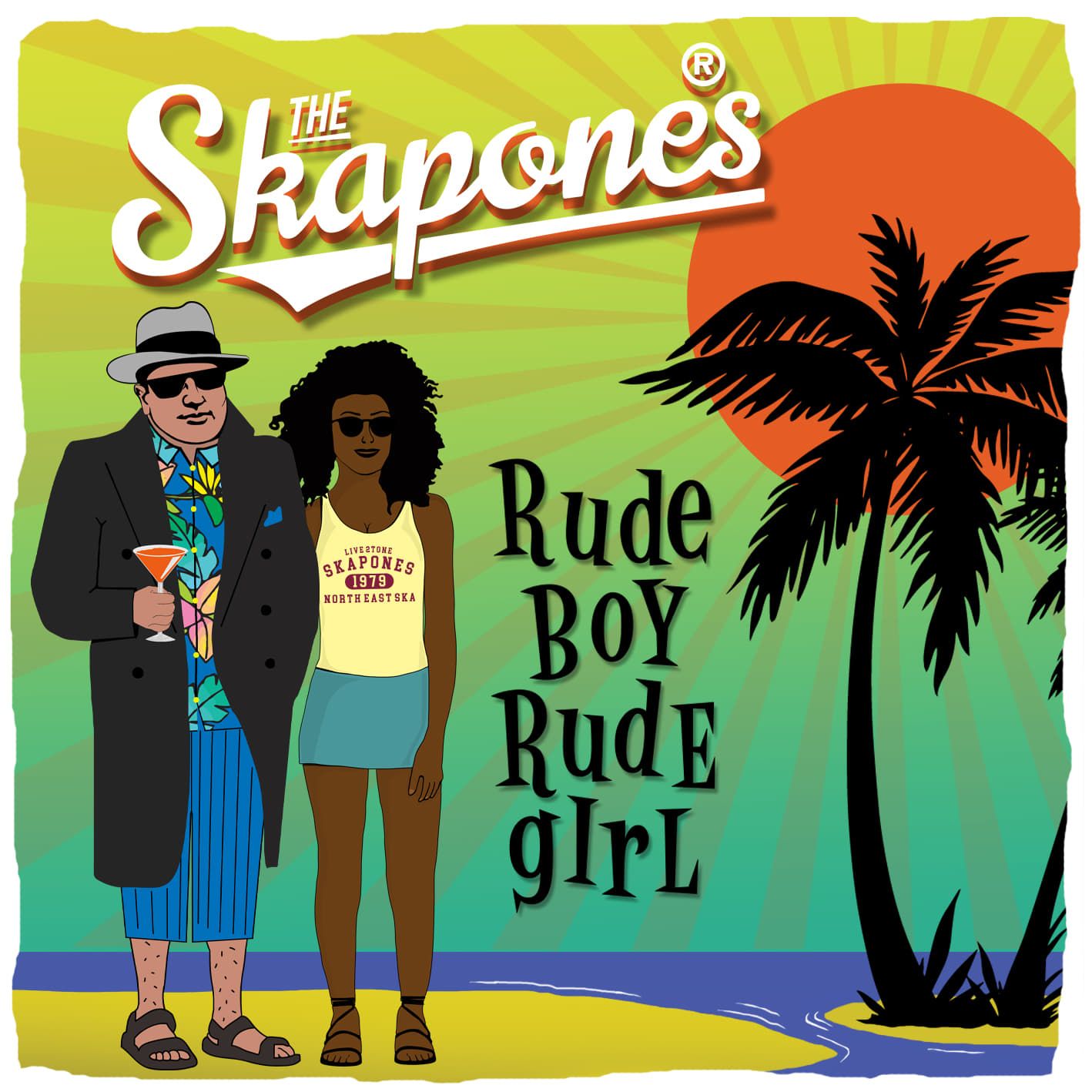