Back to all posts

WHAT? ANOTHER XMAS TRACK? WELL... NOT ENTIRELY US . SONSEED LEGEND RELEASES TRACK ON OUR LABEL!

Christmas tunes are like buses- you're waiting for one when two turn up together!

We have been involved with the internet sensation that is SAL POLICHETTI!

Sal was the  front man of Sonseed who's mega tune "Jesus Is A Friend Of Mine" became  a huge internet hit with the video to the song hitting over 13 Million views! See it below-

Sal played a full set on bass for us when we played the final gig in Brooklyn, New York on our USA Tour in 2019 and he was superb, he's such a top guy. This new track released via our Bandcamp page and across all good download sources  is called "Jesus Is A Friend Of Mine (Part Two)" and sees him revisit the original with us backing him, it's his release and he's rocking it out!

"JESUS IS A FRIEND OF MINE (PART TWO) DOWNLOAD 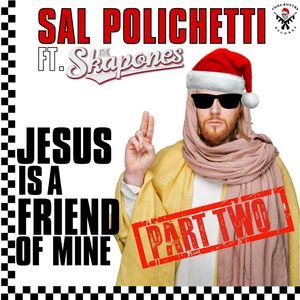